A heavily dusted marijuana strain, Tropic Thunder is bitter as well as sweet. From taste and smell to appearance – everything about this strain is unique. Consume it once and you’d want to make it your number one preference in future! It’s that good. This bittersweet strain will not blow your mind. It will give you a very soothing and pleasant kick instead. Read on to know more.

Known for its peculiar floral taste (predominantly bittersweet), Tropic Thunder has got an interesting background story. The strain was brought to the United States by a soldier who happened to have fought the Vietnam War. He continued to grow the strain for decades (around 40 long years) in his basement for personal use until one day when it was sold to a friend. Good things cannot be kept hidden from the world for long and this heavenly marijuana strain was certainly not going to be an exception! The strain got the name ‘Tropic Thunder’ later because it was an American soldier who brought it from the United States – Vietnam War zone! Interesting, no? Read on, there’s more.

The Strain Has Got a Fruity Taste

Believed to be majorly sativa (due to various psychoactive characteristics that were reported over the years), Tropic Thunder strain tastes much like Arizona Mucho Mango. It’s the mature fruity flavor along with beautiful silvery crystals and tempting lime green leaves that made this strain a favorite among thousands of marijuana users in the United States.

The strain maintains a bittersweet floral taste whether it’s consumed in edible form, smoked up or inhaled in the form of vapors. Upon exhaling, the strain gives a lovely grape cool aid taste. That said, the strain maintains its fruity and floral bittersweet taste whether it’s inhaled or exhaled. A pleasant kick follows immediately after a patient consumes this strain, relaxing the mind and body within no time. A happy sativa high accompanied by a mellow relaxation is what anyone would notice after taking as few as 2-3 puffs.
Tropic Thunder is Unique in More ways than One
It’s rated among the best strains in the world with a broad-spectrum curative potential (for the mind and the body and smells much like a dank strain. Distinguishing it from dozens of other strains is pretty easy as far as the appearances are concerned. Leaves of the strain are lime green in color with shining orange hairs on them (the strain is heavily covered by these radiant hairs). The well manicured bud area is covered by a large number of silver colored crystals. The strain, overall, is heavily dusted.
Those wishing to procure Tropic Thunder strain should make sure they get in touch with authorized collectives or other nonprofits operational in their neighborhood. Like any other strain, tropic-thunder too can be of good or poor quality depending upon the service provider in question. Try Tropic Strain today, get high and enter a new realm where there is no such thing as ‘depression’ or ‘physical exhaustion.’ 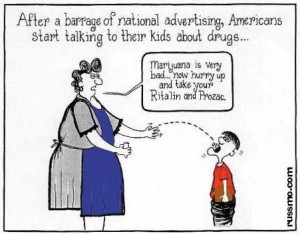