What are the highest yielding marijuana strains? As always, these seeds and strains will only reach their maximum potentials if bred and taken care of properly. A lot of these strains you will recognize as commonplace in medical marijuana dispensaries–and that’s no coincidence. Higher yielding (and high quality) strains GENERALLY equal higher profit margins and easier growth parameters, particularly in non-medical states where good herb is harder to come by. If you want the most bang for your buck, these are ten of the highest yielding (generally about 6 ounces per plant) marijuana seeds on the market:

What are the Highest Yielding Marijuana Strains?

One of the highest yielding marijuana strains is Big Bud. The name says it all. You want massive pot buds? Go with Big Bud Weed Seeds. Is it the strongest weed you can grow? Hell no. “Beasters” have a distinct look and smell to them and are not for the high brow smoker–they’re fully developed large buds that feature a heavy red hair profile and light THC levels (although certainly a big step up from Mexican/seedy shwag). So even though it’s a lower level strain, Big Bud, also referred to as “BC Bud” has got a simply ludicrous yield and an average flowering period (about 50-60 days). And it smokes OKAY, especially if you have a low tolerance for medicine. The one caveat, –and this really applies to every seed and strain out there–is that while some Big Bud marijuana seeds grow into monsters–only some genetics are of the extremely high yielding variety, so be careful when purchasing your cannabis seeds and make sure its got the right genetics to grow into a beast of a plant.

There’s a reason that Blueberry, the Coca-Cola of strains, is one of the easiest and cheapest high grade marijuana seeds to acquire–and that’s because of its crazy high yield. Blueberry, a 75-25 indica dominant strain, has a heritage that’s mix between Oregon and European genetics. So while Blueberry Marijuana Seeds may not be the most potent strain out there, it’s an extremely useful seed for industrial operations. No, blueberry won’t “WOW” any prospective buyers, but it sells, is a quality bud, and will fill your pockets at the end of the day.

Another highest yielding marijuana is AK-47. Like its namesake, this fine strain of a potent weed flower is always strapped–and always a high yielder. AK-47 has fallen a bit out of favor amongst connoisseurs of late, as it was a really hot strain around five years or so a go. That said, it’s still a firey marijuana nugget when grown properly and with stellar AK-47 marijuana seeds. All in all, AK-47 is a wise choice if you’re looking for a cannabis strain that produces a high yield, nice aesthetics, and a potent high. This guns always a blazing!

A friend of mine used to be able to get this quality, heavily Triched out strain rather easily in the New York City area, and it was a long time staple of mine. Juicy Fruit, along with its sister strain Grapefruit, are consistently a high yielding strains that give a solid smoke. All in all, Juicyfruit, is a rather useful strain. Again, not all of the fruity (think J1, Dutch Treat) line of strains are created equal, however, as the more potent and exotic ones obviously are harder to come by and don’t have the same kind of yield.

Yielding typically around 6 ouncer per plant (although skunk strains do vary from this mean), Skunk is more often than not a high quality strain that has a great yield. Skunk seeds are prominent, particularly in the Southwest. Skunks a classic strain that packs a pungent waft. Its yield is always solid as you’ll get at least 6 ounces per plant.

There’s a reason Blue Dream is one of the easiest and cheapest high quality strains to find in California. It’s easy to grow, and it has an absolute monster yield. Is it an astounding strain? No–it’s not obviously not a Kush level strain. But Blue Dream is a rock solid Sativa a step below the likes of a Maui Wowie seed. Blue Dream seeds are also available in an abundance and very easy to find (hyperlink). That is why Blue Dream is one of the highest yielding marijuana strains.

Jack Herrer, one of the more legendary seeds around because of its renowned heritage, is one of the best higher yielding strains out there. It’s not a beginner level strain though, so unless this isn’t your first or second rodeo, avoid growing it. So Jack Herrer one of the highest yielding indica strains.

White Rhino also known as Mexican or Romulan. Very easy to find it.

What are your thoughts about the highest yielding marijuana strains? 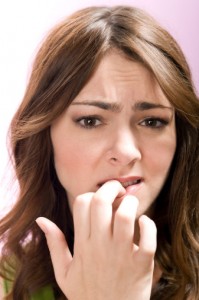