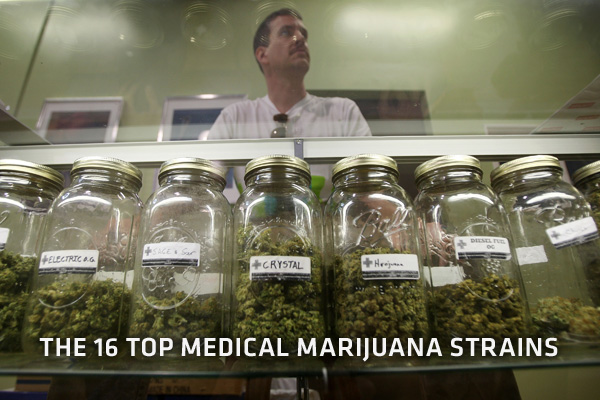 There has been so much talk about cannabis as a cure for various ailments yet nobody really puts emphasis on the importance of strains. There are thousands of cannabis strains currently out there, some born out of love, other out of necessity and a little bit of engineering. Strains have been bread and cross-pollinated for centuries and we are now only beginning to understand their significance in the psychological, medical and physical sense.

The psychological effects of marijuana have been recorded for a long time and it is easy to understand that since not every human is alike, no marijuana strain is alike either. When you hop on a plane to Amsterdam and enter a decent sized coffee shop when you get there, you are greeted with strains. Some menus even include keywords that describe the effects of a particular strain. Other coffee shops believe you know your shit so they just provide you classic names like Helter Skelter or Amnesia Haze. As you look at through the menu you realize that there is something for everybody here.

The basic divide is of course between indica and sativa. Indicas are known for a more couch lock effect while sativas are regarded as energetic and even talkative. You have to keep in mind that those are the two basic overwhelming effects that specific to either indicas or sativas. Obviously, since there has been so much cloning and crossing, there are plenty of hybrid strains currently out there. In fact, it is much harder to come across a really pure indica or sativa than it is to come across a hybrid strains.

Most strains are hybrid strains these days and you would have to follow their lineage to come their original ancestors. And not everyone is going to do that because not everyone really cares. Some people just want to get high and for them, all strains are probably the same. Along with indicas and sativas, there is also cannabis ruderalis that is grown, get this, in eastern parts of Europe and Russia. Basically, if you want to make a strain that is more enduring during cold weather, it would be cool to cross ruderalis with a stronger indica for instance, because indica’s are bushier and not as high as sativas. That is also the reason why a lot of people used to grow indicas indoors rather than sativas because indicas fit easily in a closet and are usually more resistant to an imperfect growing environment.

Every strain that falls into either of the classes mentioned above has a certain character and that character is different from the other strains. Sure, some share similarities, especially if they shared an identical lineage at some point. But, in most cases every strain is a snowflake. While the psychological effects of strains can be varied because each human being is different as well, the medical characteristics are quite unique or, better said, have a unique effect on people. Cannabis will have the same effect on cancer if you use the particular strain that is best designed to combat cancer. Other strains simply will not have the same effect on destroying cancer cells. That is why marijuana research is vital and has to be essential in terms of strains as well.