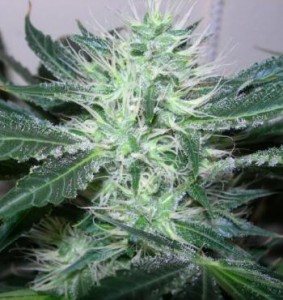 You can buy Ice Marijuana Seeds at a low price from this recommended site.

Selectively bred using Afghani, Northern Light and Shiva, Ice marijuana is classified as an indoor super white strain hybrid. It can be grown indoors and out and is widely valued by the medical marijuana community.


The flowers are dense and richly covered in trychomes, the buds form along all the main branches, of which there aren’t many, so you get a high flower to leaf ratio. The aroma has been described as fuel-like and the flavor is strong and likely to induce coughing in some users.


Ice Marijuana Seeds at a Glance


Ice Marijuana is recommended for: