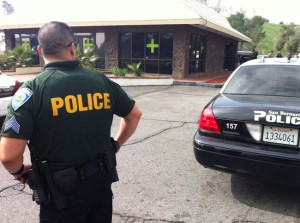 As we previously reported, the Justice Department is taking steps in shutting down most of the illegal operating dispensaries that have spread across California during the recent years. However, last Monday, the California Supreme Court also permitted over 200 cities to ban medical marijuana as they see fit. One of those cities is San Bernardino. The Justice Department really did send out around 30 warning letters which basically state that if you don’t shut down your dispensary, the cops will. So, for either of the two reasons, the raid is ON. 17 dispensaries realized the error of their ways and shutdown their illegal operations themselves. Whether for good or until the storm blows over, we’ll find out soon enough. Only, it’s important to emphasize that the ‘dispensary shutdown’ storm never really blows over. It just comes back in a different form.

As the beautiful smell of cannabis spread through the streets of San Bernardino, a small but powerful group of undercover cops closed the dispensary for an indefinite period of time and arrested two co-owners and two volunteers. The search warrant did the rest. While roaming through the dispensaries storage room, they seized about 30 pounds of marijuana. In addition, it seems the owners were also cultivating s decent portion of cannabis plants, 80 of them to be specific. But hey, it’s a dispensary so what were they expecting to find? Prescription drugs maybe? Around $9,000 was confiscated and a shotgun was found on the premises as well.

For now, the arrested persons won’t be immediately jailed but merely cited and released in order to stand trial in the next couple of months. As the action ensued, several protestors were shouting random nonsense at the police but refused to give out their names when they were asked to identify themselves. 13 dispensaries remain open even though the fine for staying open after they received the shutdown letter is $1,000 dollars for each day they remain operational. The police are monitoring the notified dispensaries and believe that some of them will reopen shortly, regardless of letters, rules or regulations. Now, we realize that money doesn’t get any greener than this but without a valid license, it is very irresponsible to remain operational. If the state allows you to sell marijuana, save a couple of lives and make more than a decent living while doing it – it’s a mockery not to respect regulations.

There is a rumor floating around that the dispensaries are being shutdown because they are making too much money when compared to other operational dispensaries which in the end presents a problem to the Mexican Drug Cartel which has been a steady supplier of most of the weed in California. We really can’t comment anything on this as it’s just a rumor so take it with a huge grain of salt. 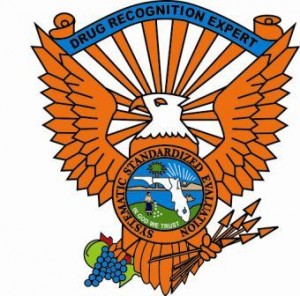