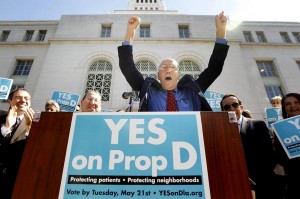 With all eyes on California right now, many dispensary owners have found themselves stuck between a rock and a hard place. Nobody wants to see their dispensary closed for good. The announcement regarding the upcoming shutdown of dozens of dispensaries has certainly rattled some cages and shaken some neighborhoods, especially the ones in Los Angeles. This is a city that has at least a thousand of dispensaries and not all of them abide by the law. There’s a new proposition that has been floating around and it’s called Proposition D. You will have your chance to vote on Proposition D as early as May 21st. Vote YES.

Whats The Deal With Proposition D?

Well, for one, it would reduce the number of dispensaries allowed in each city. In this particular case, Los Angeles dispensaries who do not abide by the law and regulations would be closed. In reality, L.A. doesn’t really need a thousand dispensaries. A hundred dispensaries carefully located around the city would be quite enough for all resident medical marijuana patients. Plus, a thousand dispensaries can really clog up a city. Proposition D would also make sure that a dispensary is located at least 1,000 feet away from a school and at least 600 feet from children centers, parks and public libraries. This would inevitably make the neighborhoods much safer and family friendly.

In addition to these “slight” modifications, Proposition D would benefit L.A. to a great extent as it contains a proposal to raise medical marijuana tax by 20%. That would make a significant increase in the city’s budget. Then there’s the question of how long should a dispensary stay open? Is a night shift completely out of the questions? According to Proposition D, yes it is. Dispensaries that are open during the late night hours have seen an increase in criminal activity so Proposition D suggest that dispensaries should stay open from 10am to 8pm.

What About Proposition F?

There’s another ballot waiting to be voted on and it’s called Proposition F. Admittedly, this one is located on the far side of the law as it proposes that all dispensaries remain open, regardless of whether they are sticking to laws and regulations. In addition to this ludicrous demand, it is also suggested that the dispensaries should stay open until 10pm, even though for some neighborhoods “late” begins around 9pm. And, yes, the boys and girls advocating Proposition F are basically just a bunch of people who are operating their dispensary stores illegally.

What Will The Future Bring?

If Proposition D gets voted on, around 140 dispensaries would keep their license and would even be given immunity from future prosecutions as they are the ones who have been abiding by the rules and regulations that the state imposed on them way back in 2007. As far as the police is concerned, they are all up for Proposition D as it is much easier to monitor 140 properly operating dispensaries than it is a thousand of them. 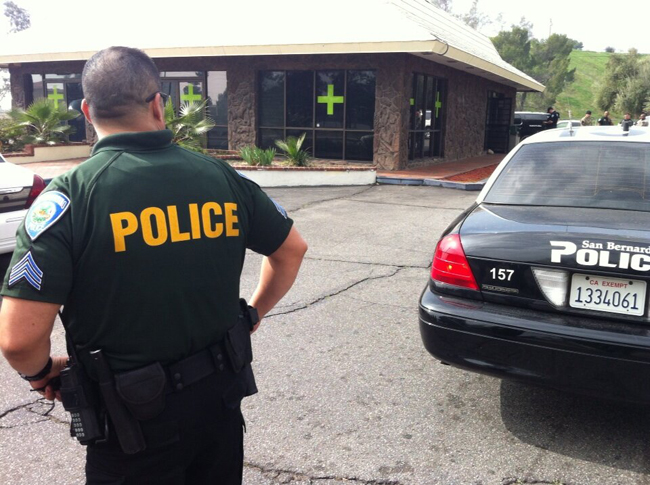