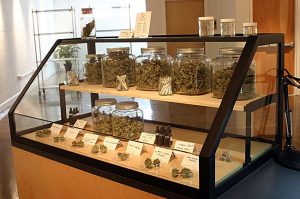 As a consequence of medical marijuana legalization, dispensaries are either fully operational by now or are planned to open in the near future. In order to open a medical marijuana dispensary, you’d have to be located in one of the states that have already legalized marijuana for medical purposes. There has been a lot of talk lately about opening and shutting down dispensaries but very few have actually stepped behind the curtain to see how a dispensary actually operates. Obviously, there are some risks involved with this particular business venture and the biggest risk is related to federal law that still considers marijuana illegal. Many people are starting to go to cannabis college. So, why would anyone want venture into such a business?

Well, ever since the “green-wave” started, interest in medical marijuana has been growing rapidly. That interest has been backed up by thousands of testimonials that establish marijuana as a medical aid that not only alleviates symptoms of certain diseases but can cure them altogether (i.e. cancer). When you put two and two together, you realize this could be a highly profitable business because it’s not just about selling weed anymore, it’s about selling edibles, paraphernalia, oil, vaporizers, etc. It’s about lifting the stigma that has surrounded cannabis for the last couple of decades. And yes, it’s about money as well; we’re still a capitalist society after all. For instance, a dispensary manager can earn up to $100,000 a year which is one of the key motivators people are flocking to open a dispensary.

However, it shouldn’t be entirely about the money, says Robert Calkin, CEO of the Cannabis Career Institute, who is currently organizing seminars where he teaches people how to safely operate a medical marijuana dispensaries in Florinda. It should be about the patients since those are the people you will be working with most if you decided to open a dispensary. Learning to understand their needs, recommend a strain or simply educate them on the benefits of marijuana should be a necessary requirement for you as a manager/owner.

Basically, it would be best if you were a patient before and then decided to open a dispensary to help more people out, to give back to your community. As a manager, you would also have to pick the strains you will be selling and constantly monitor which strains are high in demand so you could be among the first to handpick them. You also have to be aware of the fact that if it came to the point where somebody has to get arrested – it would probably be you since you’re the owner of the business so it’s best to keep your business clean because, at some point or another, you will probably have to answer a lot of detailed questions to the authorities. We’re not saying that will most definitely happen but we do advise you to be prepared. Additionally, you are required to have a physician sitting in your board of directors and this provides the business with much needed authenticity. 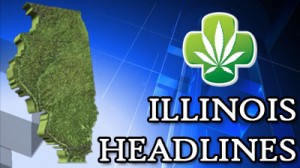