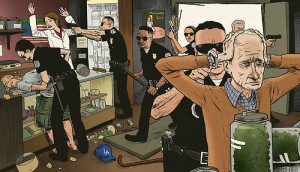 Just when we thought things are finally getting better with the undergoing medical marijuana reform, we get jumped by the news of the month. A dozen of dispensaries in California just received a “threatening” letter from the Justice Department that requires current dispensary owners to close their shops. If they don’t, they will be fined, jailed and prosecuted, regardless of the fact that the state law allows the sale of medical marijuana. Obama said the federal government will respect state laws no matter what. Still, hundreds of dispensaries were closed in the last couple of years and just when we though the crusade is over, it seems they are at it again.

One of the first dispensaries that are about to be closed is the Berkeley Patients Group. Now, there probably wouldn’t be any upheaval from the people if we weren’t talking about one of the oldest and most respected medical marijuana dispensaries in the U.S. This is a dispensary that has worked hard to help its community. It made numerous donations to other organization in the city and helped shape local and state policies. And last but not least, it really did make the lives of a bunch of people in need a whole lot easier. This was a model for how all other dispensaries should function.

Is Obama To Blame?

Of course, people are mostly blaming Obama as the head-honcho in this new wave of shutdowns. However, it’s fair to say that Obama probably has very little to do with this particular action. We highly doubt he’s sitting in the White House crossing off each and every medical marijuana dispensary that gets in “his way.” A more plausible scenario is that the bureaucrats from the Justice Department are a bit shocked because Americans have learned to welcome weed into their neighborhoods with arms wide open. Well, most of them anyway.

U.S. Attorney Mrs. Haag served the BPG with a lawsuit which is basically a good excuse to take possession of their property and obviously – shut down the entire operation. The weirdest thing about this is that the BPG received a warning/shutdown letter last year where they were notified that they shouldn’t be allowed to be within 1,000 from the school. It didn’t take them long to relocate. However, the new lawsuit doesn’t mention that as the reason for shutdown.

Additionally, we just found out that the California Supreme Court had a session on Monday where they decided it would be best to authorize each and every California city with the power to just ban a dispensary how they see fit. This is probably one of the worst decisions that could’ve been made in this mess of marijuana laws. Not only do we have a major discrepancy between national and state laws, but now this gap will deepen because each city has just been given the right to choose which marijuana law it will abide by.

Medical marijuana advocates are hoping that they will be able to introduce a ballot that would legalize marijuana for recreational use well before 2016. The legalization would indeed remove some of the obstacles but, with cities newly attained power, there is much more effort to be invested in the battle for marijuana legalization. 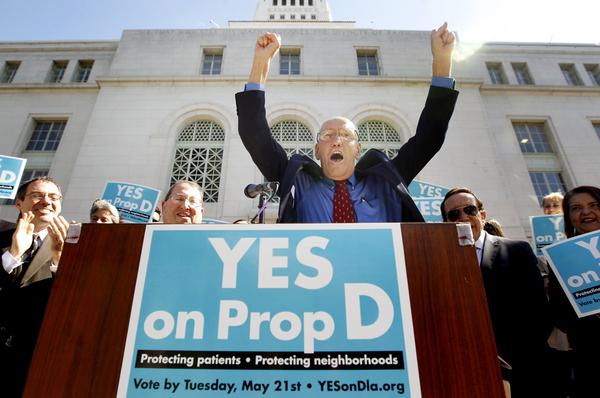