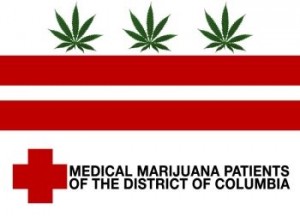 However, there has to date been little progress in the establishment of a medical marijuana program in the District of Columbia and it is unlikely that medical marijuana will be available to eligible patients before 2012. We will, of course, keep you updated.

In the meantime, we summarise the important points below.

Any other condition, as determined by rulemaking, that is:


You may also qualify as a medical marijuana patient if you undergo any of the following treatments:

When the program is finally up and running and you have obtained your card you will be required to purchase your cannabis from a District of Columbia registered dispensary. You will be allowed to possess up to two ounces of dried medical grade marijuana.