Top Five Reasons To Get a Medical Marijuana Card 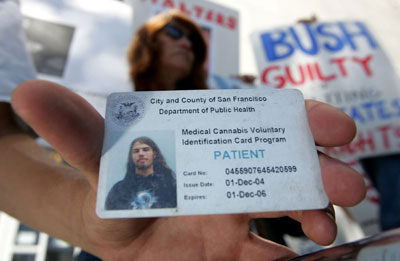 One of the best parts about being a card-carrying MMJ patient is that you are afforded full legal protection under the states medical marijuana laws. This means when you get pulled over for a routine speeding ticket and the cops ask you to search your car, you can allow them to search with no fear of being taken to jail or having your valuable medicine being confiscated. The law is on your side now, but only if you have a medical marijuana card!

We even have a state-by-state listing of how to get your medical marijuana card!

2) Marijuana is an extremely effective medicine – At this point, its hard to dispute the medicinal value of cannabis. It seems to be the only substance on Earth that can cure the painful nausea caused by chemotherapy, greatly retard the onset of blindness from glaucoma and relieve depression without destroying your bodies chemical balance – all with zero negative long-term side effects. Marijuana is a wonder drug that’s been used as an effective medicine dating back at least 6,000 years.

Going into a medical marijuana dispensary in California is almost like going to a coffeeshop in Amsterdam. Many retailers have dozens of cannabis strains to choose from, ranging from high end buds like White Widow, AK-47 and Northern Lights to mid-range chronic, all the way down to $35 for an eighth ounce schwag. Some even offer rooms with Volcano vaporizers in them, so you can safely medicate with fellow patients.

4) You can grow you’re own – With your medical marijuana card, not only can you legally buy medical cannabis, concentrates like bubble hash and hash oil, delicious edibles, tinctures and crazy tainted sodas but you can also legally grow your own pot!

The State of California allows any valid medical marijuana patient to have up to six mature plants growing at one time. This amount is fairly generous, considering that up to 4 lbs of dried flower can be harvested from a single 6′ outdoor cannabis indica plant.

Growing your own medical cannabis is not only fun, but also a good way to save money on medicine in this current economic recession.

How to get a medical marijuana card in California?

The best way to obtain a medical marijuana card is to through the Medical Marijuana Evaluation Center (MMEC) in Southern California. With six+ location in So Cal, they are, by far and wide, the largest and most reputable provider of medical cannabis ID cards in California. Unlike some other shady places, all their doctors are pre-screened and hold valid permits to practice medicine in the state of California. In addition, MMEC offers the highest quality medical patient ID cards, so you don’t have to carry around your prescription on a lamented piece of paper like most other doctors give out.

Where to find medical marijuana in California? 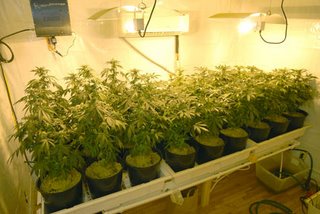