Medical marijuana will soon be for sale in Texas. But who can buy it?

The first Texas CBD products are expected to be available in December; one company seeking to be first to market will be delivering direct to patients

In just a few weeks, medical marijuana will legally be sold in Texas.

The plants are nearly finished growing in South-Central Texas, which means workers will soon harvest and cultivate them, drying them out and preparing to extract low-level cannibidiol (CBD).

Once that medicine is in a liquid form, and packaged in drops, the first sales of medical marijuana — geared to help Texans with intractable epilepsy — will occur before the end of this year.

“But so far, this has gone as well as it could.”

Cansortium Texas, one of three companies licensed to grow and sell medical marijuana in Texas, is poised to be the first company to get the product on the market.

Officials believe they are still on track to deliver medications directly to patients across the state starting the third or fourth week of December.

The medicine — which contains the ingredient in a marijuana plant that lets a patient get the medical benefits without the buzz — would be personally delivered to Texans by the company in white, unmarked delivery vans that include built-in security measures.

Drivers will travel with a nurse or social worker who can answer any questions patients have when deliveries are made, officials say.

The low-level cannabidiol will be sold under a 2015 law to help Texans with intractable epilepsy if federally approved medication hasn’t helped.

This culminates a lengthy process that began when the Texas Legislature, led by state Rep. Stephanie Klick, R-Fort Worth, approved the Texas Compassionate Use Act to make use of cannabidiol legal for at least some of the nearly 150,000 Texans estimated to have intractable epilepsy.

Lawmakers have stressed this is an extremely limited form of medical marijuana geared to let patients receive benefits without the high. This medicine does not include THC, or tetrahydrocannabinol, which is the psychoactive ingredient that produces a high.

Other marijuana use — for medical or recreation — remains illegal in Texas and more than a dozen other states. But it is legal, in one form or another, in 29 states and the District of Columbia.

The first plants that will be harvested have been growing since September on a 10-acre parcel of land in Schulenburg, a small community east of San Antonio.

There, plants have grown inside MCPU’s, or Moducular Cultivation and Processing Units, with constant security.

“They look great,” Hidalgo said. “We are toward the end of the growing cycle. The plants should be harvested in the month of December.”

Once the product is fully available, only certain doctors — those registered with the Compassionate Use Program — may prescribe the product to treat intractable epilepsy.

To get this medical marijuana, Texans must have a prescription and then potentially pay between $45 and $90 for the medicine.

“We understand the responsibility we have,” Hidalgo said. “The last thing we want to do is be too quick … and set false expectations. These patients have been waiting for this medicine for years. It has been a long time coming. And we are almost ready.”

The Texas Department of Public Safety is overseeing the compassionate use program.

Workers there for months reviewed dozens of applications by companies wanting to legally grow medical cannabis in Texas.

Only three licenses have been issued.

The first went to Cansortium Texas on Sept. 1.

Another permit was issued to Compassionate Cultivation, which is growing plants in a more than 7,000-square-foot warehouse in Austin. This company is holding a dedication ceremony at its facility next week, marking progress that means medical cannabis could be available by early next year. 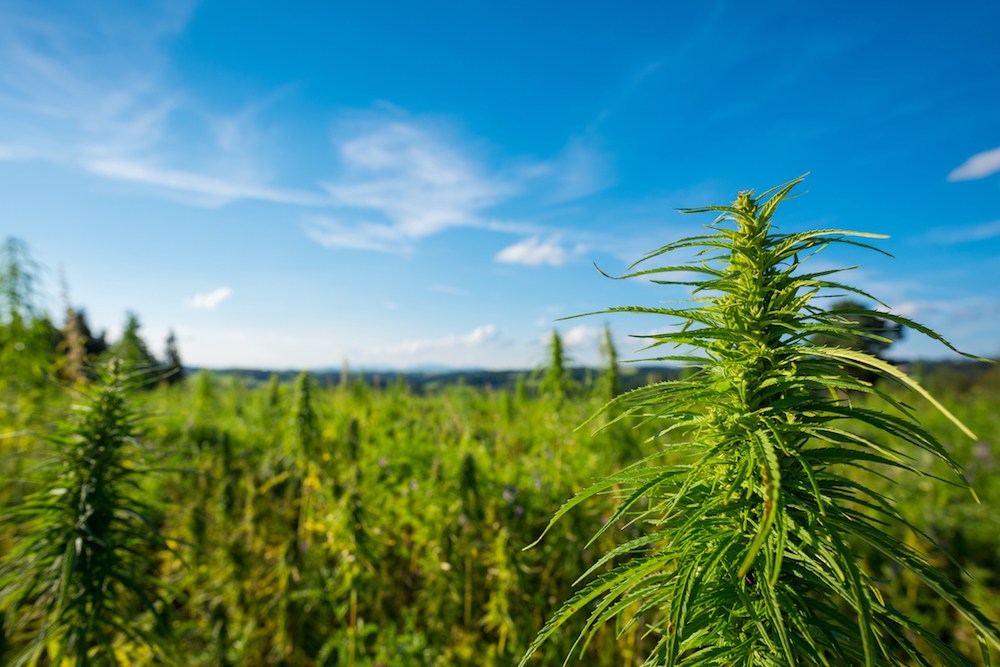 The ceremony also will honor Klick for her work in passing the Compassionate Use Act. The company, in fact, has also named its first strain of CBD-cannabis the “Klick Strain” to honor the Fort Worth lawmaker.

“Rep. Stephanie Klick helped start this important movement along with the great people at the Epilepsy Foundation Texas,” said Morris Denton, CEO of Compassionate Cultivation. “It took someone of a special background, a longtime nurse, to really understand from a medical perspective the hope, promise and truth that this medicine represents.

“And just as Rep. Klick gave life to the Compassionate Use Act, the Honorable Stephanie Klick Room will give life to every dose of medicine that will ever come out of our facility.”

Klick said she was honored by the tribute.

“I’m thankful that these Texans suffering from intractable epilepsy will soon have an alternative treatment option,” she said.

A third license was issued to Suterra Texas in the form of a conditional Texas license. This company has yet to receive the final approval needed to plant the seeds.

It wasn’t a cheap process.

Each company had to pay a nearly $500,000 fee once approved for the process, which officials say is needed to pay regulatory expenses.

And a $318,511 renewal fee will be due in two years if they want to continue making and selling medical marijuana in Texas.