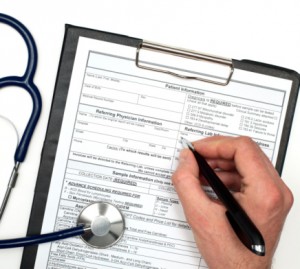 This small ‘Connecticut Revolution’ is happening beginning of October, 2012. From that month on, the Department for Consumer Protection will be issuing temporary registration certificates to the patients who qualify for the medical marijuana program, including their respective caregivers. The price of each registration will be around $25 and, preferably, it won’t go up in the near future.

In that same month, a person who qualifies to receive a medical marijuana card will be able to get a written certification note from his or her physician. When that note is presented to the Department of Consumer Protection, a temporary certificate will be issued for the use of marijuana. And from that point on, all you have to do is walk into a dispensary and get the prescribed strain. The strains will vary according to your condition and the guy working at the dispensary should be able to point you in the right direction.

How To Get a Medical Marijuana Card in Connecticut

01. Well, for starters, you need to be diagnosed with a condition that is clearly stated in the law. That condition has to be diagnosed by an actual physician. The list of conditions that is accepted as ground for prescribing medical marijuana consists out of: PTSP (post-traumatic stress disorder, damage to the spinal cord, HIV, Chron’s disease, epilepsy, wasting syndrome, Parkinson’s disease, cachexia, AIDS and multiple sclerosis.

02. You will have to be at least 18 years old to obtain marijuana with a medical marijuana card.

03. It is imperative you are a resident of Connecticut.

04. If you are locked in prison or a similar correctional facility, you will not be able to qualify for a medical marijuana card, no matter how sick you are.

How Do You Get a Prescription?

For one thing, there will be no prescription at all. You will get checked out by a qualifying physician, who will then decide whether to issue a written certificate that will describe your condition which has to be related to the appropriate conditions listed above. With that certificate, you will go to the Department of Consumer Protection who will then issue you a medical marijuana card. The issuing of a medical marijuana card does not only rely only on your current condition but on your relationship with your doctor as well. The better he understands your medical history, the bigger are your chances of getting a successful diagnosis. During that whole time, the doctor is also obligated to inform you of the pros and cons of using marijuana as an actual medicine.

What Symptoms Does Marijuana Alleviate?

Generally speaking, marijuana will primarily be able to reduce the pain caused by the already listed appropriate conditions. The effect should be significant enough for you to continue this line of treatment. Mostly, you will be recommended with the indica type of strains because of their high medicinal value and great pain relieving properties. Still, sativa’s are also a vital part of the medicinal marijuana industry, especially in their hybrid form, when they are mixed together with indicas.