THE MERITS OF MEDICAL MARIJUANA TO SLEEP

THE MERITS OF MEDICAL MARIJUANA TO SLEEP

Most people have difficulty falling asleep while others have problems holding sleep and in some cases, both can be experienced. Taking cannabis to catch sleep is not a new phenomenon; it greatly helps people with serious insomnia. The fact that dried cannabis makes people much sleepier than the fresh bud is one rather unique secret in using marijuana for medical purposes. You will agree that if you do not have enough sleep, the following day you will be full of laziness and generally, your ability to work will be affected.
Over the years many studies have been carried out. Especially in the 1970s, where it was discovered by most researchers that after testing different people, those that used cannabis and those that didn’t their sleep patterns and continuity improved, hence a plus for a brain that needs to relax.

Some of the reasons why most people prefer medical marijuana include:

1. Using medical marijuana to treat insomnia.
Sleepless nights are obviously tough, at it is even harder for people with busy day to day schedule. There are many other conventional medications that help people to have good night sleep, but this does not work for everyone, in fact for some it causes intense side effects that tend to make people uncomfortable. Medical marijuana is however highly preferred. Indicas uplifts the spirit and boost most people’s confidence and also ensure a heavy sleep after having them.

2. Induce dreams.
Dreams tend to happen during the rapid eye movement as one tries to sleep also known as (REM) that is affected by Tetrahydrocannabinol (THC) continued in Marijuana. As the body comes to terms with the intake of Cannabis so does the closure of the eye into complete slumber. With the continuous initiation of the drug comes the REM rebound that will make it possible to have more dreams. The REM sleep is suppressed; the body’s psychological nature will be processed while the next days or futures things that are to happen are anticipated. This will make sleep worth looking forward to every evening.

3. Presence of THC( Tetrahydrocannabinol ) and CBN (cannabinol)
On aging the THC chemical converts into Cannabinol. This is a compound that is stronger and more effective as compared to THC. The strength of CBN has higher drowsy effects as its effects are amplified upon growing older. It also has lesser hallucinatory effects; therefore, comparing it with other cannabis compounds would be very effective. 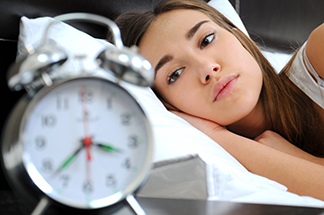 4. Improves breathing while asleep.
Breathing can at times seem impossible especially when suffering from chronic diseases. For instance, a common sleep illness is Apnea that makes people lose sleep in the middle of the night multiple times. During the day such a person will experience phases of day sleepiness commonly known as daydreaming, lack of attention to activities happening around him. By use of Marijuana, dronabinol a THC compound copy facilitates the restoration of sleep and you can have peaceful continuous sleep throughout the night.

5. You don’t have to take too long to sleep.
By taking Cannabis through inhaling rather than taking it as an edible, people who take longer to sleep are able to sleep faster and keep sleeping long enough. Diseases such as insomnia, Pain and other illness’ that cause lack of sleep during the night are treated by the use of marijuana hence making it possible to sleep for long. By inhaling or smoking it dissolves in the blood much faster. As the oxygen is absorbed in the blood so is the smoked Cannabis, Eating will obviously takes longer because digestion is needed before anything else.

These are just but a few reasons for the importance of marijuana as a medication to sleep disorders, the list is inexhaustible and worth having a feel of. It is important to note that cannabis Indica is different from Cannabis sativa. Indica causes a feeling of relaxation to the body making lack of sleep a thing of the past whereas; Sativa gives the user a frenzied feeling. Getting to know the difference between the two especially is very important. It also vital to know how much you need to induce sleep (taking at the right time, specific concentration and as per your needs)