By adminSeptember 8, 2014Benefits of Medical Marijuana, Medical Use of Marijuana, Treat Medical Conditions 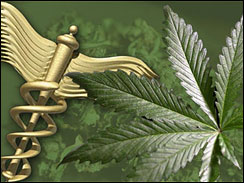 Many studies have suggested that cannabinoids, the group which THC belongs to, can help shrink tumors. In science language – they have anti-cancer properties. New research has revealed that the main psychoactive ingredient of marijuana (THC – Tetrahydrocannabinol) may be The One that reduces tumors in cancer patients.

The findings will help develop a synthetic equivalent to THC

During the course of these studies, the researchers have administered THC to mice with human tumors and have found that it caused the growth of tumors to decrease. Allow us to say it in science language again – this procedure has initiated autophagy. What is autophagy, you ask? According to Wikipedia, it is “the basic catabolic mechanism that involves cell degradation of unnecessary or dysfunctional cellular components”. This is where we should stop using science lingo and focus on main points of the study and that is plain and simple – THC has the ability to shrink tumors. The team behind the new study, which is co-led by Complutense University of Madrid and the University of Anglia (UEA) in the UK, says that their discovery is about previously unknown “signaling platforms” that allow THC to shrink tumors.

“THC, the major active component of marijuana, has anti-cancer properties. This compound is known to act through a specific family of cell receptors called cannabinoid receptors,” says Dr. Peter McCormick, from UEA’s School of Pharmacy. Dr. McCormick has also talked about the recent drive in the pharmaceutical industry to “create synthetic equivalents that might have anti-cancer properties”. This new study has provided an important step towards the future development of important therapeutic substances that can take advantage of the recent discovery.

You should not ‘self-medicate’ with marijuana

Medical marijuana has been in the news frequently over the last few years, leading to an increased interest for the drug. Recently, the city of Berkeley in California, which was the first state in the U.S. to allow the medical use of cannabis, has passed a law that requires the dispensaries in the city to provide free medical marijuana to low income patients who have been prescribed this kind of medications. Meanwhile in Arizona the government has broadened the range of conditions for which medical marijuana can be prescribed. The green light has been given to prescribing medical marijuana as a form of palliative care for post-traumatic stress disorder (PTSD).

If you were wondering why on earth you shouldn’t self-medicate, try thinking of it this way: the research we described at the beginning of this article used an isolated chemical compound and it is only that isolated compound that was responsible for such results and had such effect on tumor. It is vital to use the correct concentration, if you want to achieve the same results, which is impossible to do on your own. 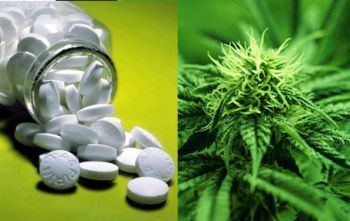