Perhaps the best place to start is to define spasticity. Until probably the 1970/80s everybody would have know exactly what this means – spastic was a word in common parlance. Then it was deigned to be offensive and a term of abuse. The truth is spastic and spasticity are words that describe a well-defined condition. Yes, sadly it did become a term of abuse BUT it is still the right descriptive term for what we’re about to discuss.


Voluntary muscles – that is the muscles we use to move our limbs – occur in pairs. When we move a limb, the pair of muscles 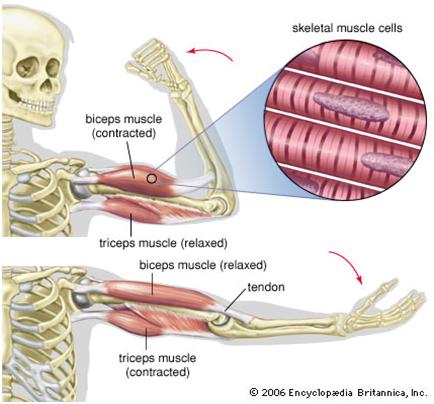 work together to achieve the movement; one muscle shortens and the other muscle lengthens.


Spasms occur when there is an increase in muscle tone; so when the muscle is moved, they resist the movement and the muscles feel rigid.


Additionally, when affected muscles stretch, the increased tone may also cause them to jerk in an uncontrolled way. This is just one kind of muscle ‘spasm’ that people with MS can experience. Repeated jerking – as when a foot taps on the floor over and over again, is known as clonus.


Then there are the sudden involuntary movements of the arms or legs that occur without the muscle being stretched; these come under the following headings:

There is a variety of triggers for MS muscle spasms, which, if recognized and tackled, could help to reduce the problem. Known triggers include:

Frontline treatment for MS spasms is physical therapy- daily stretching exercises are likely to be advised. Physical therapists might also suggest various techniques to help the muscles maintain a good range of motion and flexion.


If these measures fail to control the spasticity, drug therapy is the next step. Drugs used include:


If drug therapy is unsuccessful, surgery is sometimes undertaken to release the tendons.

Researchers have found two active ingredients of marijuana that might help relieve spasticity:


Scientists have also discovered that the structure of cannabinoids is close to the structure of Anandamide – a naturally occurring substance in the human body. The function of Anandamide is to switch on the nerve receptors of the central nervous system; these nerve receptors affect movement and nausea, as well as a variety of other biological functions. Anandamide belongs to a group of chemicals called cannabinoids, which are naturally present in the human body. As the name suggests, cannabinoids are also present in cannabis.


So, if Anandamide is a cannabinoid, it gives power to the anecdotal claims of the therapeutic value of cannabis for MS muscle spasms.


It was the sheer volume of these anecdotal claims that compelled Dr Chong, a neurologist at King’s College Hospital, London, to study marijuana’s effectiveness and how widespread the use of it is among MS patients.


His findings suggest that the more disabled the patient, the more likely he or she is to use cannabis. Dr Chong made special mention of the fact that MS patients did not ‘abuse’ marijuana: “A lot of patients said they would just take one dose, at night,” Chong said. He was unsure, however, whether the phrase a dose meant an entire joint or not.


When asked to explain exactly how the cannabis worked to ease spasticity, Chong said, “We really don’t know, but it probably enhances our endogenous cannabinoids.” (That is the naturally occurring cannabinoids in the human body, including


As you can see from the very short list above, there is only a limited number of treatments for muscle spasms available to patients, add to this the tolerance to these drugs that patients rapidly develop and the upshot is there are very few effective drugs to combat spasticity. There are also complaints from patients that they become addicted to these drugs.

If you are looking for a marijuana strain to ease spasticity, you should confine your search to the Indica dominant strains. Indica strains produce a sense of calm and serenity and they are a known muscle relaxant.


Some strains to consider for relieving your spasms are: