By adminFebruary 1, 2016Benefits of Medical Marijuana, Medical Use of Marijuana, Treat Medical Conditions 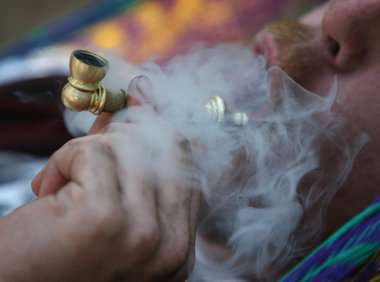 Sure, there is a new medical marijuana study out every day, that’s a no brainer. And yeah, we agree that you can pretty much prove anything these days, depending on your preference. After all, if we had to pick the most subjective medium in the world, that would definitely be – The Internet. Additionally, just to make things more complicated, marijuana is a heavily under researched drug and has more compounds within it that we can handle at the moment. Somehow, it seems impossible that cannabis will not have a damaging effect to your lungs. With all that in mind, we have a surprise for you. Yes, here is another study that proves that long-term marijuana smoking will not damage your lungs.

However, this is a study that was conducted over a 20-year period, used a significantly large sample of marijuana smokers, aged 18 to 59, and the goal was to establish the effects long-term marijuana usage has on lungs of everyday tokers. In a nutshell, the span of this study is enough to stop you from wondering if weed will eventually kill your respiratory system or not. The results of this study were astonishing. Sure, you may develop some respiratory problems such as bronchitis or a bad cough, but you will not develop any serious disease simply by smoking marijuana. In fact, research has shown that in some cases marijuana actually might have a beneficial effect on your lungs.

To us, this all sounded as a fairy tale at first but when you think about it – it really makes perfect sense. However, if you are in the group of smokers that mix marijuana with tobacco, that’s actually a pretty bad deal because you are inhaling cancerous tobacco along with marijuana and tobacco is not that easy on your lungs. In some cases, one unfiltered joint can equal up to ten cigarettes so maybe its best to smoke cannabis in its purest form or by using a vaporizer. This study is the largest of its kind that has ever been conducted so we find the results to be conclusive and not that far fetched from previous research conducted on the same topic.

Cannabis As A Protective Agent?

Funny thing about this is that when I was a kid there was a book doing the rounds that asked the question if weed could clean your lungs. This was a funny misconception back then because it was fairly obvious that marijuana does not clean your lungs and that anyone who thought of that myth was probably looking to deal some drugs under healthy pretenses. With that in mind, it is truly hilarious to find out 15 years later that marijuana actually has a protective effect on your lungs. Sure, it doesn’t necessarily, keep them clean but it does act as a protective agent, which also makes a lot of sense because cannabis oil is quite effective in fighting lung cancer.