By adminJune 24, 2016Benefits of Medical Marijuana, Medical Use of Marijuana, Treat Medical Conditions 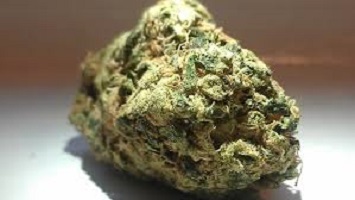 Restless Leg Syndrome (RLS) is a sensorimotor movement disorder. RLS, characterized by uncomfortable sensations in the legs and an urge to move them. It most commonly affects the legs. RLS also can affect the arms, torso, head, and even phantom limb. Moving the affected body part modulates the sensations, providing temporary relief.

There are several discomfort effects of RLS. These are; pain or aching in the muscles, itching, tickle and even a crawling feeling.  The sensations generally begin or intensify during quiet wakefulness. When you relaxing, reading, studying, or trying to sleep you can have this symptoms.

Additionally, most people who  suffer from RLS has periodic limb movement disorder (limbs jerking during sleep). This is an objective physiologic marker of the disorder and is associated with sleep disruption. Because symptoms most often occur in the evening. This symptoms can severely disrupt sleep and reduce quality of life.

Up to 7–10 percent of the U.S. population is living with the disease. Although many people have a mild form, RLS severely affects the lives of sexes. It is more likely that this disease affects women. And may begin at any age. Even in young children. Most people who are affected severely are middle-aged or older.

There is no reason why people has this disease. But it is mostly linked to genetics. Nearly half of people with RLS also have a family member with the condition.

Other factors associated with the development or worsening of restless legs syndrome include some symptoms. These are; Certain chronic diseases and medical conditions, such as iron deficiency, Parkinson’s disease, kidney failure, diabetes, and peripheral neuropathy. Some women experience RLS during pregnancy. Especially in the last trimester. Symptoms usually go away within a month after delivery.

RLS is often unrecognized or misdiagnosed. This is especially true of the symptoms are intermittent or mild. The diagnosis of RLS is based on a patient’s symptoms and answer to questions. It is related with family history. it is easy to recognize if you know the family history. If there are family members that have same symptoms then you might have same problem as well. And also  medication use, the presence of other symptoms or medical conditions, or problems with daytime sleepiness are some of  reasons. There is no cure for restless legs syndrome. Currently treatments can help control the condition. It decreases symptoms, and improve sleep.

Some medications like benzodiazepines, a class of sedative medications could be good to help with sleep. But they can cause daytime drowsiness. On top of the side effects, medications may be helpful as RLS treatments. but the same drugs are not helpful for everyone. In fact, a drug that relieves symptoms in one person may worsen them in another. In other cases, a drug that works for a while may lose its effectiveness over time.

There are studies on medical marijuana for treating pain and muscle spasticity. therefore, studies shows that medical marijuana reduces the RLS symptoms. In addition, these studies found no significant adverse effects, and patients’ tolerability to marijuana was good.

what are you thoughts about what is the best strain for restless leg syndrome?

In addition to federal acceptance of the legality of marijuana, more clinical trials are needed to validate whether the use of medical marijuana would be beneficial in patients with RLS. The most common side effects of marijuana reported include dizziness, fatigue, dry mouth and nausea.