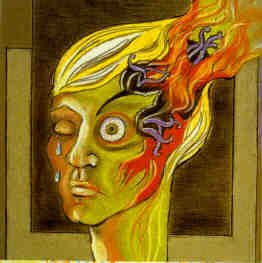 Did you know that marijuana has been used to treat migraine headaches since the 6th century?  No, neither did we.  What we do know, however, is that many anecdotal reports cite cannabis as one of the best treatments available for a very incapacitating complaint.

We recommend CBD oil if you experience headaches or migraines on a regular basis.

Migraine is not, repeat not, just a bad headache.  It is a recognized neurological disease and the most common one.  It affects people from every strata of society and two-thirds of sufferers are female.  The condition is most common between the ages of 20-50 years but can occur at any time – my own migraines started when I was 10 years old.

Migraine attacks last for between four hours and seventy-two and can come on very suddenly.  That colleague of yours who is of sick with a migraine is not just having a duvet day or ‘pulling a sickie.’

Medications for Moderate to Severe Migraine

Over the counter (OTC) remedies seldom work for moderate to severe migraine and most sufferers will need medication prescribed by their doctor.  These medicines are not simple pain killers; rather they abort the migraine by acting directly on the root cause of the problem.  Migraines are caused by the dilatation of the temporal arteries; that is, the arteries supplying the temples become widened.

There are two major drug groups used in migraine: the ergots and the triptans; both of which come with rather scary side effects.

Ergots work by constricting the blood vessels, as do the triptans.  However, ergots have more prolonged effects than triptans and they cause greater constriction of vessels in the heart.  They also cause contractions of the pregnant uterus.

Triptans, as noted above, constrict blood vessels, albeit in a far more selective manner with most of the effect being in the head.  However, they can and do also cause constriction of the blood vessels in the heart, thus reducing blood flow.  Another worrying side effect of the triptan group is the way they interact with SSRIs – a group of commonly prescribed antidepressants. Both types of medication interfere with serotonin levels in the brain and, when taken together, can lead to a dangerous condition known as Serotonin Syndrome.

During a migraine attack, the gut loses its ability to absorb, which is why tablets taken during this time are usually thrown straight back up again.  Some modern medications – particularly the triptans – are now administered by dissolving them under the tongue to bypass this problem. This method of administration also means that relief is rapid.

Even more rapid relief is achieved by inhalation of the medicine into the lungs – exactly what happens when marijuana is taken using a vaporizer or smoked. And cannabis is an anti-emetic, that is, cannabis stops you from vomiting.

The cannabinoids in marijuana also have both anti-inflammatory and pain relieving properties.  Cannabis also relaxes tense muscles; a well documented symptom frequently accompanying migraines is cramping of the neck and shoulder muscles.

As far as dosage is concerned, this is very much dictated by patient need.  It must be said, however, that some patients gain four-to-six hours relief from just 1 gram of bud.

Cannabis works best when combined non-drug relief, such as restricted light and sound during attacks, and avoidance of known triggers. 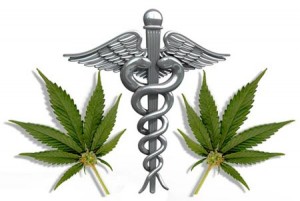