By adminJuly 7, 2014Benefits of Medical Marijuana, Medical Use of Marijuana, Treat Medical Conditions 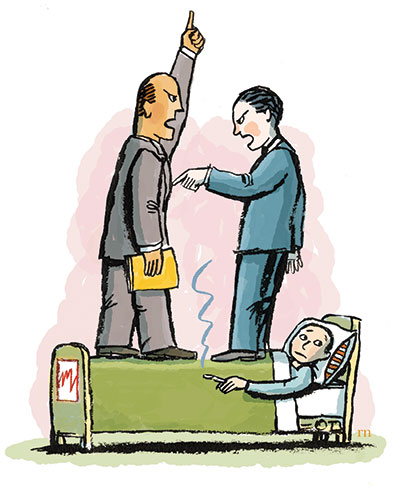 The recent issue of the Canadian Medical Association Journal published a debate on the topic of doctors who still have mixed feelings and doubts about prescribing medical marijuana for patients who experience chronic pain. Despite the fact that Canada has new federal rules that allow the very same patients to legally purchase cannabis with a doctor’s prescription. Dr. Meldon Kahan of the Substance Use Service at Toronto’s Women’s College Hospital and Dr. Anita Srivastava of St. Joseph’s Health Centre and the University of Toronto discussed whether or not physicians should advise some patients to quit smoking marijuana and refer them to a different kind of treatment.

In this debate, Srivastava and Kahan argued that the only clear indications for medical marijuana are “neuropathic pain conditions (a type of chronic pain that affects the nerves) and spasticity from multiple sclerosis”. As far as they are concerned, smoking cannabis is not a good solution for common pain conditions such as lower back pain. Naturally, patients will seek their doctor’s approval for using medical marijuana if they experience any painful condition such as mentioned before. However, physicians need guidance that will help them understand how to advice patients about their request. This implies that physicians will need to learn about marijuana as a plant, its many strains and their different effects. Besides, physicians also need to understand the risks of smoking marijuana, especially on a daily basis. “Smoked cannabis has short-term and long-term safety risks,” Srivastava and Kahan wrote. “Smoking cannabis has been associated with an increased risk of motor vehicle crashes, schizophrenia, mood disorders and addiction.” The pair discussed further, writing about the increased risk of lung cancer, which was mentioned in a context of a recent large long-term retrospective study that proved how some of the products in smoked cannabis are carcinogenic.

Doctors shouldn’t accede to every request for medical cannabis

At least that’s what Dr. David Juurlink, an internist and head of the division of clinical pharmacology at the University of Toronto believes. He fears that many doctors’ approach to medical marijuana is as if it were some kind of a miracle remedy, which is far from the truth, in his opinion. He also emphasised that this doesn’t mean that doctors who don’t feel comfortable prescribing medical marijuana should avoid prescribing it merely because of how they feel towards it. “I’m trying to discourage physicians from the perception that drugs obtained at a pharmacy are necessarily better for an individual patient than cannabis, if a patient has reported benefits from its use,” Juurlink said.

Doctors should listen to their patients without any bias

As Dr. Juurlink reported, his motivation was in part because of the patient he saw with a long history of anxiety, who, when prescribed a new drug almost took his own life in response to drugs’ effects. The patient explained later to Dr. Juurlink that the only time he felt relief was when he took his dog to a walk in the evening and smoked a joint. In cases like this one, Juurlink thinks that the right thing to do is to prescribe medical marijuana. And when it comes to avoiding smoking cannabis, there are options such as inhaling it through the vaporizer, which a hospital in Quebec recently approved, and there are also pharmaceutical synthetic cannabinoids, the pill nabilone and the spray nabiximol, both licensed for use in Canada. 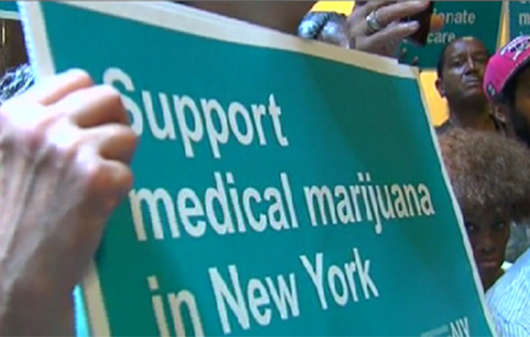