By adminNovember 6, 2009Benefits of Medical Marijuana, Medical Use of Marijuana, Treat Medical Conditions

We’ve all seen the jokes about the effects of cannabis on memory and brain function but it seems that marijuana users may have the last laugh. 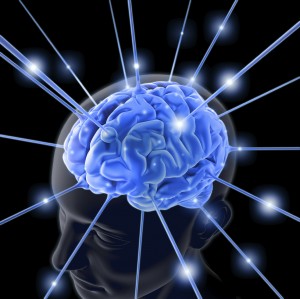 Results from an Israeli research study into the use of cannabis as a memory suppressant, suggest that THC, the active constituent in cannabis, might have the power to prevent or treat post-traumatic stress disorder– which, in the US at least, has grown to almost epidemic proportions in the population of service-men returning from wars in the Middle East. Both THC and CBD have great potential in helping people to treat PTSD, the following clinical trial on PTSD is well worth reading.

Post-traumatic stress disorder is a condition in which the patient continues to suffer from stress symptoms months after going through a traumatic event like a car accident or a terror attack. Symptoms include reawakened trauma, evasion of anything that could remind the patient of the trauma, and mental and physiological disturbances

In the study rats, who are known for their love of dark places, were given electric shocks when the entered a darkened region of their cage.  It didn’t take long before they became afraid of the dark area and began to remain in the brighter part of the cage.   Researchers then stopped giving the shock treatment and the rats slowly returned to the dark area.  The researchers measured the length of time between the shocks stopping and the rats returning.

A new group of rats were used for the next phase of the study.  In this experiment the rats were once again shocked as they entered the dark area of the cage but this time they were also placed on an elevated grid. Most animals, including rats and humans, avoid walking over elevated grids, which they find distressing.  Not surprisingly, it took longer for these rats to trust the dark region again.

A third group of rats were treated in the same way as the second group, except this time a synthetic THC-like compound was injected into their brains – into a region associated with fear.  This group of rats, who had effectively received medical marijuana, returned just as quickly to the dark scary spot in the cage as the rats in group one.

Dr Akirav, who supervised the study said, “the results of our research should encourage psychiatric investigation into the use of cannabinoids in post-traumatic stress patients.”

I wonder how many PTSD patients have already discovered this therapeutic use of cannabis for themselves? 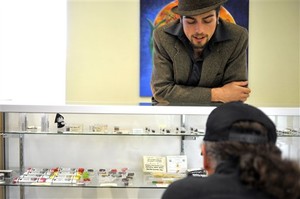