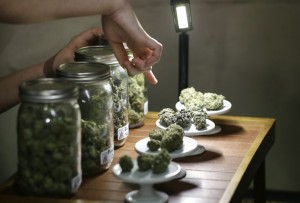 First and foremost, John Morgan is a lawyer. He founded Morgan & Morgan in 1988 and the firm has been flourishing ever since. In the meantime, John Morgan became a very influential democrat who also happens to help out the Republicans when he can which in the end makes him quite an unusual democrat. However, this also makes him a very successful businessman. Keeping everybody happy is not an easy task but John seems to be doing it well. Now, considering the fact that he has bought a lot of airtime for his company and inevitably for himself, he has become quite a recognizable figure in Florida. Hell, just look at every third billboard in Florida and you’ll see his mug smiling like he’s feeling very good about himself. And there is no reason he shouldn’t be. After all, this just might be the perfect man for the legalization of medical marijuana in California.

Think about it, they need someone influential, someone with style and the political wit to join both the Republicans and the Democrats on the issue. Hell, if anyone could pull it off, it would be John Morgan right there. However, despite the fact that medical marijuana would bring big bucks for everyone involved, it seems that Mr. Morgan’s motivation comes from a personal tragedy. His father didn’t have it easy during his last days as he suffered from cancer and emphysema. That, our friends, is a slow and painful death and nobody would want to go through it without the help of painkillers. However, what his father got was a cocktail of medicinal prescriptions. A lot of people think that’s a good thing but patients who suffer from it know very well that it completely destroys your appetite. Luckily, marijuana was there to provide a certain amount of relief making his fathers death bearable, at least.

Its obvious John Morgan has a compelling story, something that a lot of people can relate to, especially future medical marijuana patients. On top of that, he is also a devout Catholic and his skills go beyond his ability to write a check and that’s exactly what this cause needs. People United for Medical Marijuana is an organization that recently made a pool, which resulted in 7 out of 10 Florida residents showing support for medical marijuana. When he saw the results, John reacted immediately and wanted to become a part of the medical marijuana legalization effort.

This is a very hot topic in Florida so every move is being closely watched. Morgan is now chairman of People United for Medical Marijuana and he is genuinely concerned about the implementation of medical marijuana, even if the bill passes. He basically wants to craft a language that would educate both the legislators and the public on the benefits of medical marijuana, especially after presenting them with terrible painkiller side effects. Again, they will be moving slowly on this one so a constitutional amendment is expected to hit the ballot in February 2014. By that time, they have to gather almost 700,000 signatures. What do you think, is Florida ready for medical marijuana?