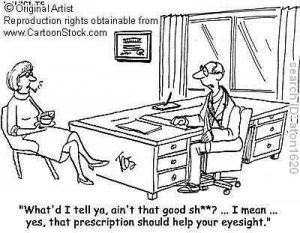 The term glaucoma actually refers to a whole group of diseases, each of which gradually erodes the sight without warning.  The disease often has no warning signs in the early stages and some experts suggest that half of the people affected by glaucoma don’t even know they have it.

This loss of vision is caused by damage to the optic nerve, which is responsible for carrying the images from the eye to the brain and, as yet, there is no cure.  It is known that one of the risk factors for glaucoma is raised intra-ocular pressure (IOP), that is, raised pressure within the eyeball.

Way back in the early 1970’s studies were undertaken that proved marijuana lowered IOP, both in patients with glaucoma and patients with normal IOP.  Following on from this, the National Eye Institute (NEI) supported studies that demonstrated marijuana did indeed lower the IOP when administered intravenously, orally, or by smoking.  When applied directly to the eye, however, the pressure lowering effect was not seen.  It was also found that the lowered pressure was only transient and soon rose to pre-medication level.

The NEI position statement on glaucoma and marijuana sadly suggests that they are not in favor of pursuing marijuana as a treatment.  They are particularly concerned because, they say, ‘the high dose of marijuana necessary to produce a clinically relevant effect on IOP in the short term requires constant inhalation, as much as every three hours.’

No drug is perfect and it is a fact that many elderly patients with glaucoma cannot tolerate the increased heart rate that cannabis frequently causes, despite the 25% reduction in IOP.

The World Health Organization position statement on marijuana and glaucoma is dramatically different from that of the NEI:

‘While THC has long been known to reduce the increased intraocular pressure of glaucoma, it has not been fully studied therapeutically….

Therapeutic uses of cannabinoids are being demonstrated by controlled studies in the treatment of glaucoma.’

Glaucoma affects more than 60 million people worldwide and, after cataracts, it is the leading cause of blindness. With its epidemiology, it stands to reason that there is ongoing research to find drugs that work ways other than the reduction of IOP.  Scientists have also discovered CB1 receptors in the eye, which suggests that cannabis may work in ways other than reduction of IOP, an area worthy of future research.

There is also some suggestion of adding cannabis to pharmaceutical eye drops.