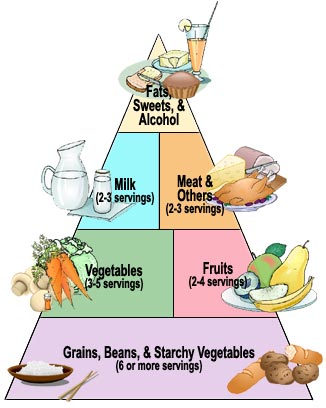 To be fair, it’s a life-changer because of its chronic nature – it lasts for a really long time, mostly an entire lifetime. You see, this body we are all forced to carry around needs energy. We attain energy from sugar, or in more medicinal terms – glucose. The hormone that is responsible for converting glucose into energy is called insulin. Now, people who are dealing with diabetes are falling short of insulin. It is either not produced by the body or it isn’t produced in sufficient quantity.

Now, lets take Ted for example. Ted has been a diabetic for 30 years and every time he eats glucose (found in cereals, fruit, milk, sweets, etc.) his sugar level goes up because his body doesn’t produce insulin needed to convert glucose into energy and the sugar stays in his blood. That’s why diabetics usually say their sugar level is way above normal (i.e. it went up!). However, it is not so much that diabetes itself is the something to worry about, as it is the problems it can cause. It can lead to blindness, heart failure and nerve damage.

Cannabis and Diabetes: The Research

There have been no clinical studies that confirm cannabis is indeed beneficial to diabetics but a lot of tests have been made on rats that suggest it very well could be. Several studies have been made in that department, including the study Cannabinoids and the immune system: Potential for the treatment of inflammatory diseases published in the Journal of Neuroimmunology, a couple of studies published in the Neuroscience Letter in 2004 and just recently an article came out in the Journal of The American College of Cardiology stating benefits of this wonderfull plant.

How Does Cannabis Help Diabetes?

All these studies and trials are focused on treating major symptoms of diabetes. For instance, it has been concluded that cannabis actually slows down the progression of diabetes. Rats treated with CBD (a component of cannabis) were far less likely to develop diabetic retinopathy (blindness) than rats that weren’t treated with CBD. In addition to that, CBD protect protects diabetics from nerve damage and protects the heart when it starts to weaken. Obviously, this plant not only affects the symptoms of diabetes but also relieves you of pain.

We strongly reccomend sticking to strains with high doses of CBD. Strains such as True Blueberry Flower and Harlequin flower or Full Spectrum high CBD hash are the way to go if you have diabetes. These are not that high in THC but are really high in CBD, which makes it ideal for the medicinal smoker who doesn’t want to get stoned but wants to relieve the pain and the symptoms. Be sure to avoid tobacco, get a nice bong or vape and light that bad girl up. It will make the pain go away and put a huge grin on your face.

Please watch the above video and let us know whether you think marijuana can be used to treat Diabetes?