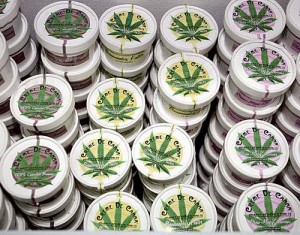 These days, you can prove anything. The Internet is such a vast library of information that it’s getting hard to distinguish right from wrong. You can find as many arguments to prove your point and to debunk it at the same time. It all really depends on how efficient you are in crawling through the web and what is it exactly that you want to prove in the first place. Now, since the Internet is such a biased media, anyone can write an article, link it to several research studies which were indeed published and even reviewed in medical journals. This format simply provides much more credibility when the general public reads it. And, hey, if you’re good at grammar – that’s a plus!

Both Sides Of The Story

However, for anyone that has ever went to college or undertook Basic Writing 101, it is easy to see when someone is stacking up information just for the sake of proving a point or when someone is actually doing research with the goal of informing the general public by providing them with both sides of the story. The former happens in journalism all the time because newspapers are mostly “owned” by the people who advertise in them. For instance, if a major company buys a lot of media space in a specific newspaper, it is not uncommon for those newspapers to have a negative attitude towards their competitors. As Jim Carrey would say it:”That’s the way the cookie crumbles.”

Since the hottest topic in the world is back on the table and the legalization battles are in full swing, you will find a lot of news about marijuana in the media, and there will be much more in the future, you can count on that. Pharmaceutical companies are still not that thrilled with marijuana as a medicine because they have no idea how to patent remedies based on marijuana and they know even less on the actual effects of it. We are scouting the news regularly since this is an issue that concerns our readers the most. Recently, there have been an overwhelming number of articles trying to debunk the effects of medical marijuana. The articles are backed up with dubious research studies, most of which haven’t been conducted by actual medical professionals.

Examples of such articles can be found in almost every major newspaper currently available. Most common arguments mentioned in these articles will be that marijuana lowers your IQ, increases your chances of permanent memory loss, triggers violence, domestic abuse and criminal behavior. And our personal favorite is that marijuana has in no way been proven effective. Without going into detail, let’s debunk these misconceptions for good:

c) Violence is not a know side-effect of marijuana consumption

d) Cannabis has been proven to have amazing medicinal properties

So, whatever you read from now on, be sure to check back at medicalmarijuanablog.com and get your facts straight.