By adminAugust 27, 2013Benefits of Medical Marijuana, Medical Use of Marijuana, Treat Medical Conditions 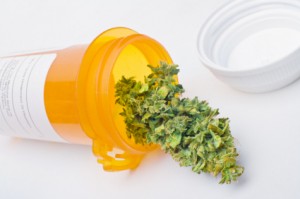 As we pointed out on numerous occasions, anybody can literally prove anything. With the internet being such a subjective medium, it’s possible to dig up reasonable arguments or evidence that will contribute to your point of view, whatever that may be. In order to give some weight to their claims, people usually dig up scientific research studies and then modify their interpretation to fit their own point of view. It has become very easy to prove anything and that’s the scary part because all of a sudden – everything is true!

Scientific studies have been heavily used by medical marijuana advocates as well. These are usually people who have the best intentions in mind but are also willing to reach for an interpretation that isn’t entirely correct. Of course, they justify this by chanting how they’re helping people and medical marijuana patients, even though they might be hurting them in the long run. For instance, a lung cancer patient probably won’t get any better if he starts smoking joints but he probably will get better if he starts eating THC/CBD oil. We personally know several patients whose cancer either subsided or completely disappeared after the consumption of medical marijuana oil.

However, it’s important to note that treating a disease and dealing with its symptoms are two completely different things. In April, a research study was doing the rounds on all relevant medical marijuana sites and it was very loosely interpreted. Some people even went so far as to claim that marijuana can cure autism.  For one, the study was done on mice that had genetic mutation similar to autism. Therefore, doctors found out that there may be a connection between autism and how the brain processes pain, learning and memory. Everything else is mumbo jumbo left to the interpretation of the casual internet troll. What it can do is deal with its symptoms.

Remember that kid who had violent autistic seizures? The one whose parents practically tried everything to make him better? Well, just before they ran out of options, they decided to try marijuana on him. First reports were miraculous and Alex’s self-destructive behavior was significantly reduced. You see, that’s the thing. They were dealing with behavior; they wanted Alex to stop having violent episodes. And for a while, it worked. However, if you take a look at the recent posts from Alex Needs Help blog, you’ll notice that marijuana is not really doing it anymore. Could it be that his body developed immunity to it?

If you read the blog carefully, especially the latest posts, it’s evident that after surgery, Alex has been using medical marijuana oil and it’s not doing him any favors. In fact, in some situations his condition even got worse after he ingested the oil. His dad is questioning on whether they are providing him with the right strain. And that just might be the problem. There are hundreds, if not thousands, of strains out there and figuring out which one works for Alex might take some time, effort and money so we urge Alex’s family to not give up, follow up on recent research studies and find that strain. Because, consequently, it may not just help Alex but it may help a bunch of other kids as well.