By adminDecember 3, 2006Benefits of Medical Marijuana, Medical Use of Marijuana, Treat Medical Conditions 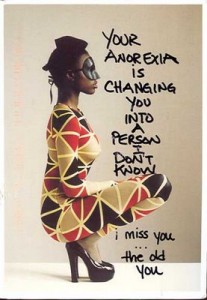 Do you think Marijuana could help people with Anorexia?

Marijuana helps increase appetite in people without the illness. But would the illness override the feeling of wanting to eat caused by marijuana.

Also would marijuana relax or alter the mind, making the person more likely to eat? Perhaps you know someone who has anorexia, who has taken medical marijuana to fight the illness

Find out whether you have may have an anorexia problem, people who may have anorexia, reveal their thoughts.

Should Marijuana be Legalised?

Should Marijuana be Legalised?