By adminSeptember 29, 2011Benefits of Medical Marijuana, Medical Use of Marijuana, Treat Medical Conditions 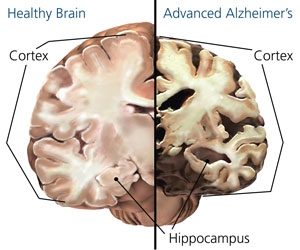 Imagine: a world without Alzheimer’s. That may still just be a dream, but the focus of recent promising Alzheimer’s treatment and prevention research from a masters degree program is a substance known as cannabidiol, a chemical compound extracted from the marijuana plant. Cannabidiol (CBD) is anti-inflammatory, anti-oxidative, anti-apoptotic, and neuro-protective effects, and scientists involved in Alzheimer’s research are greatly encouraged by test results that indicate substantial breakthroughs in the treatment and prevention of this debilitating disease.

Alzheimer’s disease affects approximately 5.4 million people through the world, costs more than $182 billion annually, and is the sixth leading cause of death in the United States. CBD is the second most abundant cannabinoid found in the marijuana plant, and has been the subject of neurological disease research since 1963. However, Medical Marijuana Inc., through CannaBANK, now has a patent pending on its extraction method of CBD from marijuana and its non-psychoactive, industrialized cousin, hemp, for medicinal use in research and application in the treatment and prevention of neurodegenerative diseases such as Alzheimer’s disease, multiple sclerosis, Parkinson’s disease, and cerebral ischemia.

As reported by the Israel National News, a recent study conducted at the Hebrew University of Jerusalem by Professor Raphael Mechoulam, with a team led by Dr. Maria de Ceballos at the Cajal Institute in Madrid, Spain, resulted in findings that positively indicate CBD’s active role in slowing down the progression of Alzheimer’s disease, the first and primary symptom of which is memory loss. The researchers injected mice with a molecule found in the brain of Alzheimer’s patients. After treating the mice with CBD for a week, it was determined that their learning ability to find a hidden platform in a maze was substantially faster than that of a control group of mice which had not been treated with CBD. The mice injected with CBD successfully performed the task within 25-30 seconds, while the control group mice took almost 45-50 seconds to perform the task.

The effectiveness of CBD was demonstrated using petri dish models of Alzheimer’s disease. The model simulated the effects of dead neurons by adding a compound that is released when brain cells die. The compound, ATP, and its stimulated changes were reduced by as much as 25%, results that show great promise toward treating and preventing Alzheimer’s disease. It was also shown that CBD was capable of inhibiting microglial cell activation, a finding that further supports CBD’s ability to inhibit this part of Alzheimer’s disease progression.

To continue the important research and development of CBD as a therapeutic source of treatment and prevention of Alzheimer’s disease, additional funding may soon be made available thanks to President Barack Obama’s signing into law the National Alzheimer’s Project Act in 2011. This legislation establishes the first framework of a national strategic plan to coordinate multiple efforts in addressing the crisis surrounding Alzheimer’s disease, efforts including research, care and support. Important researchers such as Medical Marijuana Inc. and their colleagues will now be able to continue to investigate the promising effects of marijuanain the treatment and prevention of Alzheimer’s disease. 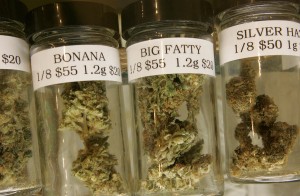 How to get a Medical Marijuana Dispensary License?

How to get a Medical Marijuana Dispensary License?