By adminDecember 30, 2009Benefits of Medical Marijuana, Medical Use of Marijuana, Treat Medical Conditions

What is Alzheimer’s Disease 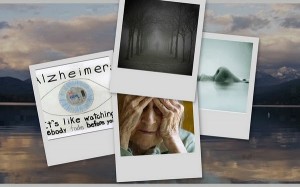 Alzheimer’s Disease is defined as:  a progressive neurologic disease of the brain that leads to the irreversible loss of neurons and dementia. The clinical hallmarks of Alzheimer’s disease are progressive impairment in memory, judgment, decision making, orientation to physical surroundings, and language.

Alzheimer’s is the most common of all neurodegenerative diseases and accounts for about two-thirds of cases of dementia.   In other words, this disease is not just a personal disaster but, with baby boomers coming into their sixties now, a possible collective time-bomb too.

Cannabis and Alzheimer’s: The Research

Back in 2005 researchers from Madrid’s Complutense University and the Cajal Institute, published an article in the Journal of Neuroscience showing that  a synthetic cannabinoid appeared to reduce brain inflammation in Alzheimer’s.  Reduction of this inflammation helps to prevent the mental decline associated with this disease.

Three years later, in March 2008, the Royal Pharmaceutical Society of Great Britain unveiled research showing that cannabis-based treatments could improve memory loss in Alzheimer’s sufferers.   Spanish researchers, this time working with a research team from Israel, had found that one of the 400 compounds present in the marijuana plant could significantly slow memory problems caused by the disease.  A by-product of their research was the finding that the same drug can also help Type 1 diabetes (formerly known as insulin dependent diabetes).

How Does Cannabis Help Alzheimer’s?

In December 2008, results of a study showing that it’s the anti-inflammatory effect of cannabis that appears to help in Alzheimer’s disease were published.  Medics are locked in deep debate about the role inflammation of the brain plays in Alzheimer’s, although many researchers believe that it plays an important role in the dementia process.

You may ask, if reduction of inflammation is all it takes to halt mental decline associated with Alzheimer’s, why doesn’t taking an anti-inflammatory, such as ibuprofen, help the condition?  Well, although drugs such as this have been shown in tests to help young brains, it appears that they do little, if anything, to help older brains.

The amazing fact about the substance isolated from marijuana, which goes under the very prosaic title of WIN-55,212-2, is that not only does it reduce inflammation it also stimulates the growth of new brain cells.

According to Gary Wenk, Ph.D., author of the December 2008 study and professor of psychology and neuroscience at Ohio State University, “a puff is enough.”  He goes on to say that although this dose would probably have some sort of psychoactive effect strictly medical use is not ruled out.  The drug could be taken before bedtime, Wenk says, and with long-term use, tolerance to these psychoactive effects can develop, so impairment might be minimal with a steady dose anyway.

The final words must go to Don Abrams, M.D., chief of hematology/oncology at San Francisco General Hospital, who has studied medical marijuana use in people with HIV for more than a decade:

“Cannabis is anti-inflammatory and it is also an antioxidant, and those are two things that we seek in treating neurodegenerative disorders.  It’s there, it’s in nature, if the research does find that it has these benefits, why not take advantage of it?” 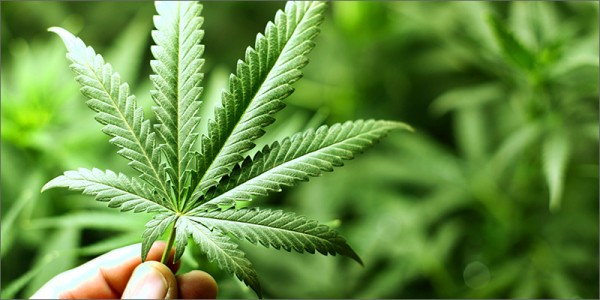