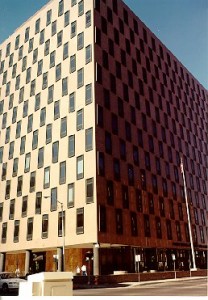 Did you know that since 2001 more USA vets have committed suicide than have died on the battlefields of Iraq or Afghanistan?  Or that 20% of soldiers returning from the killing fields suffer from post traumatic stress disorder (PTSD) or major depression?

There are 1,249 patients enrolled in the New Mexico medical marijuana program, the majority of them suffering from post traumatic stress syndrome (PTSD), cancer, and HIV aids.  As of this month (February 2010) statistics for these top three conditions were:

So, the largest group of patients enrolled in the state’s medical marijuana program are those suffering from PTSD.  Yet Albuquerque’s Veteran’s Administration hospital does not allow its physicians to prescribe marijuana.

It’s not only in New Mexico that vets are disallowed from using a drug that has proven itself capable of alleviating depression and PTSD; in California veterans are forced to sign ‘pain contracts.’ They are required to submit to drug tests prior to the dispensing of narcotic pain medications; if the test shows up positive for cannabis, narcotic pain relief is discontinued.  This despite research proving a symbiotic relationship between Cannabis and opiates, allowing a chronic pain patient to take much less narcotics – a benefit for long term health.

The policy forbidding doctors to recommend medical cannabis comes direct from the federal Drug Enforcement Agency, which is based on the fact that, federally, marijuana is still classified as illegal; this despite the fact that 14 US states now sanction the medical use of marijuana.

There are numerous stories to be found on the internet and in the media telling how individual veterans use medical marijuana for relief from PTSD with great effect. These vets repeatedly describe the zombie-like state caused by opiates and other prescription drugs and tell how marijuana allows them to reduce their opiate use and reclaim their lives.

If the VA is looking for scientific support for medical marijuana use in PTSD, it is readily available.. A 2007 study of marijuana use by PTSD patients, reported in the Journal of Traumatic Stress, found that the severity of PTSD symptoms correlated with the use of marijuana as a coping method, with that being the only motive for using the drug.

And surely it is better to use marijuana in a supportive environment than to self-medicate with alcohol and abuse of prescription only drugs.

One vet, Paul Culkin, a Staff Sergeant on the Army bomb squad in Iraq, uses marijuana to help with his PTSD.  He told his local newspaper:

“A lot [of veterans] are self-medicating, especially with alcohol, or are given prescription drugs while still on active duty and they come out addicted. “When they get out, they go into the VA rehabilitation program but if they test hot for cannabis [they have a problem].”

Culkin heads up the New Mexico Medical Marijuana Patient’s Group, along with another patient and vet, Mr Garcia. Both men cite expansion of the medical marijuana program, including through the VA system, as a key objective.