… so says the Oregon based physician featured in this video.

The good doctor obviously knows his marijuana – and so he should, he has prescribed it as a medicine more times than any other doctor in the state of Oregon.

He talks about the fact that the toxins from smoking are not from the plant itself but from the burning of it and, to avoid those toxins, he recommends that medical marijuana patients use vaporizers.

He then goes on to explain just why it is impossible to be dose-specific for medical cannabis; different types of the plant have different levels of active constituent.  Not only that, but marijuana plants of the same type may well feature a different balance of constituents – a lot depends on how and where the plant is grown.  For this reason, dosage levels are always related to the therapeutic effects obtained from a particular batch – and may well change with the next batch.

Nowadays, of course, we know that the marijuana plant produces a whole raft of constituents, many of which are therapeutic but that act on different body systems.  Originally, it was thought that the only effective substance coming from the plant was THC – Tetrahydrocannabinol – and it was on this basis that the pharmaceutical product, Marinol, was developed.

The US Drug Enforcement Administration says:

The active ingredient of Marinol is synthetic THC, which has been found to relieve the nausea and vomiting associated with chemotherapy for cancer patients and to assist with loss of appetite with AIDS patients.

What they don’t tell you, but the Oregon doctor does, is that Marinol produces panic attacks. The DEA then go on to tell us that smoked marijuana contains more than 400 different chemicals.  Now, while it’s true that some of those chemicals will come from tobacco, many of them are the other therapeutic substances that come from the marijuana plant itself.

Wherever you are on your medical marijuana journey, the physician in this video is worth watching and listening to. 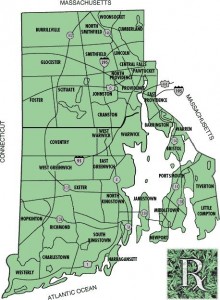