Can Legal Drug Abuse be Controlled?

Much has been said about drugs like cocaine and marijuana and how they’re being abused by people of all ages. Although these drugs have legitimate medical uses, they’re mainly dealt with in the black market and on the streets and advertised as mood elevators. Addiction sets in and there’s no going back from the vicious whirlpool of craving and depravation that you’re dragged into.

But if you thought that the drug problem began and ended with the use and abuse of illegal substances, you’re sadly mistaken. A greater market for abuse lies in legal drugs, both the ones that are prescribed for certain medical conditions and the ones that are available over the counter. Painkillers like Percodan, Vicodin, Oxycontin and Percocet are some of the most commonly abused drugs, followed by cough syrups that contain codeine and dextromethorphan, both of which are psychoactive narcotics that are extremely addictive. Sedatives like Seconal and Amytal and tranquilizers like Ativan, Valium and Librium prescribed for those with insomnia are also available easily and are used without valid prescriptions or beyond the time period set by physicians.

While pot and coke were the scourge of the hippie age and alcohol and nicotine followed all through the 80s and 90s, the new generation is hooked on drugs that are legal and available through prescriptions. Unlike the trafficking industry which can be controlled through rules and regulations to some extent, legal drugs must be made available for those who really need them. So the only way to stop them being misused is through a campaign that educates and increases awareness of the dangers of legal drug abuse.

Negative advertising have helped to control smoking and consumption of alcohol to an extent – with the price of cigarettes becoming dearer and the adverse effects of too much alcohol and tobacco in one’s system – liver failure and cancer to start with – have made people, especially teens, aware of the dangers of addiction to these substances.

The same tactic must be used to address the abuse of legal drugs – the situation of misuse has come about as a result of not enough awareness and education on the subject. People must be told of the negative effects on the system if they use painkillers, sedatives and tranquilizers without any medical reason whatsoever. While the change may not happen overnight, people, if they are smart enough and want to make a positive difference in their lives, will be willing to effect the change.

This article is contributed by Sarah Scrafford, who regularly writes on the topic of Becoming an Ultrasound Technician. She invites your questions, comments and freelancing job inquiries at her email address: sarah.scrafford25@gmail.com. 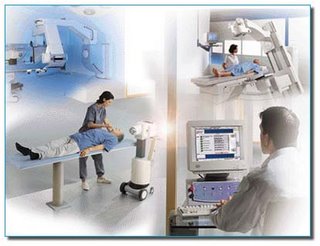