The much-awaited report released by the Justice Department’s Task Force on Crime Reduction and Public Safety did not in any way go against the policies of Marijuana enacted during Obama era. The report is encouraging more studies and research to be conducted on the state-sanctioned legal cannabis programs.

The complete report is not yet provided but some of it has been given by an associated press which says that, the Justice Department needs to examine whether to keep or change different memos that hold the federal government from interrupting use of Marijuana for adult use and medical purposes in Colorado and other states. This, however, contradicts Attorney General Jeff Sessions’ hard work aimed to reverse the drug war with the main focus being enforcement of Marijuana in legal states.

According to the MPP director of conservative outreach Dan Murphy, most American citizens requires the federal government to allow states to make their own decisions as far as Marijuana policies are concerned, he further expressed his hope that attorney general was paying attention and was going to uphold the current non-interference policy.

Sessions are getting strong criticism from the State government in Washington.. In his response to the letter he got from Sessions, the Washington governor expressed his happiness which was a result of the good work done to execute legalization in ways that; kept the youths safe, reduced redirection in the black market and diversion out of the State. The governor also said that it is vital for his State to understand that Trump’s government is ready to join hands and ensure success on the efforts being made, other than just looking down on them and their ability to work efficiently with growers and suppliers of Marijuana.

Washington State has been on the forefront in making strict policies to help regulate the marketplace and ensure that revenue is generated for the state. It is important to understand that Marijuana still remains a controlled substance by the Federal government and this influences the aspects of the State government systems such as banking, research, and safety of the consumer.

Washington’s goals concerning health are in line with the ones articulated by the Attorney General Sessions, even though the Attorney General referred to unfinished and data that cannot be relied upon since, it does not give the exact picture of Washington’s efforts ever from the time the marketplace was started back in 2014.A team from Washington is currently going through the letter from the Attorney general session before replying with correct and clear details. 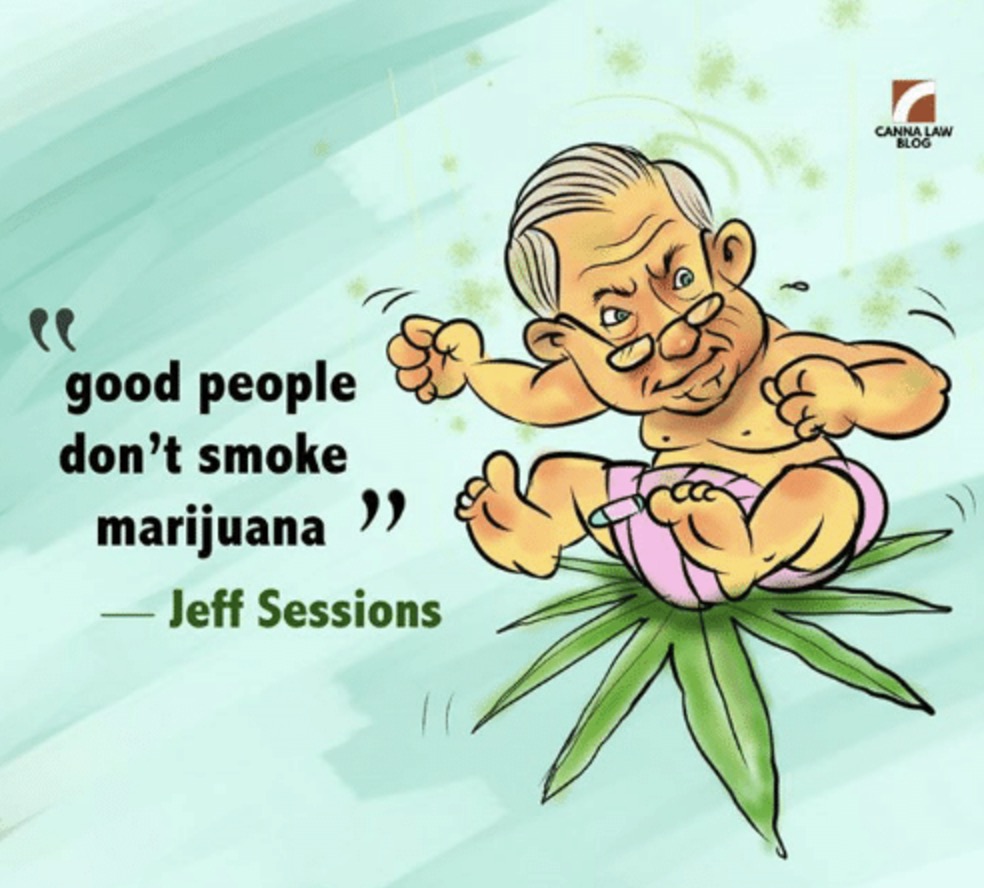 The Washington governor hopes to communicate with Attorney General Sessions to bring clear understanding of all things the state is undertaking to meet its shared goals. Governor Ferguson thinks that Attorney general Sessions’ letter only depended on the old information about Washington regulation on Marijuana and, he is also disappointed because the Attorney general is yet to accept his multiple invitations of meeting for purposes of discussing the important issues. Ferguson believes that it will not be accepted if the Department of Justice tries to prevent Washington’s well-regulated system which was even approved by the voters in his state.

Governor Ferguson told the Seattle Times how difficult it will be to take attorney General Session serious especially when he only uses outdated details; he also talked about Washington’s longtime commitment abide by the memos released back in the year 2013.

Attorney General Session did send Colorado Gov. John Hickenlooper a similar letter as Ferguson of Washington. In the letter, session said that deaths from traffic and underage use of Marijuana had increased since the selling of Marijuana began back 2014 and, wanted to know the measures, Colorado was taking to prevent underage use of Marijuana and protection of public health. In response to the letter, Colorado’s AG Cynthia Coffman said that, legalized Marijuana presents significant problems and as such public officials need to keep watch. This response is the same as the one she had earlier given officials from the White House and, Justice Department who had visited her state. The challenge of legalized Marijuana is the reason Cynthia Coffman’s office has been taking responsibility some of the important Marijuana emerging issues so as to promote and protect the public health.